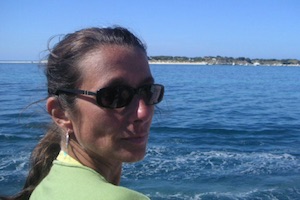 Karola Stotz was a senior lecturer and Templeton World Charity Foundation Fellow in the department of philosophy at Macquarie University.

In 2008 she was awarded a 5-year Australian Research Fellowship and discovery grant at the University of Sydney with the project “Postgenomic Perspectives on Human Nature”. Stotz has published on philosophical issues in evolutionary, developmental and molecular biology, psychobiology and cognition. She focused particularly on the nature nurture controversy, non-genetic inheritance and developmental niche construction, nonreductive and integrative explanatory strategies, and 4 E (embodied, embedded, enactive and extended) cognition. Together with Paul Griffiths she pioneered the use of 'experimental philosophy' methods in the field of philosophy of science.